Cricket is a dynamic professional chef who specializes in cooking for and with children. Her children’s cookbook, Everybody Eats Lunch, was published in May, 2008.  She is the Big Cheese of The Creative Kitchen – a company that teaches children and families through food and cooking, founded in 2001. In addition to classes and events, The Creative Kitchen also produces the Kids Food Festival, a series of food events, programmed with the assistance of the James Beard Foundation, that educates families on how to make balanced food choices. Cricket also developed Everybody Can Cook, a curricula for the special needs community, featuring adaptations for various physical and developmental abilities. She works with a variety of food companies, offering services including spokesperson, recipe development and testing, freelance writing, teaching, family outreach, blogging, creating webisodes, special events, and consulting. Cricket has a professional culinary degree from The Institute of Culinary Education, and developed her teaching philosophy while pursuing her Master’s degree in Food Studies and Food Management at New York University (NYU).

Katie comes to The Creative Kitchen team with a background in educating children, as well as a love of great food. Katie graduated from Johns Hopkins University with a bachelor’s degree in psychology in 2011. She has used the skills and knowledge gained from her degree to tutor young children, teach essential skills to elementary school students, and assist and empower abused youth. In addition to her enthusiasm for education, over the recent years Katie has developed a passion for food and nutrition. Working at The Creative Kitchen combines her seemingly separate interests in extremely exciting and inspiring ways, and as such, she is ecstatic to have the opportunity to be a part of such an incredible team.

Angela is a food lover and an avid home cook with a knack for working with kids. She previously worked as a teaching assistant for children’s educational cooking classes and as a childcare provider. Her passions for nutrition and children brought her to The Creative Kitchen after she expanded her culinary repertoire and appetite in the editorial food department at Martha Stewart Living. Angela is an aspiring Registered Dietitian currently pursuing a dual Bachelor and Master of Science degree in nutrition with a minor in psychology at the CUNY School of Public Health at Hunter College.

Ghazalle  is a Persian-born, California-raised, Brooklyn-dwelling, editorial and commercial photographer. She holds a Bachelor of Science in Illustration Photography from the S.I. Newhouse School of Public Communications at Syracuse University and has been working in the commercial photography industry in NYC for the past 10 years. She has photographed projects ranging from family oriented cookbooks to globally distributed product packaging. Ghazalle brings her broad experience in food, still life and lifestyle photography to the Kids Food Festival. She manages a team of photographers documenting all the festival’s events and provides all images for press and publications. View here galleries at: www.ghazallephotography.com.

Sherry Adhari: Hostess with the Mostess

Jonathan Deutsch, Ph.D. is a classically trained chef and Associate Professor of culinary arts at Kingsborough Community College, City University of New York and public health at the CUNY Graduate Center. He is the education editor of the journal Food, Culture and Society and author or editor of five books including (with Annie Hauck-Lawson) Gastropolis: Food and New York City, (with Sarah Billingsley and Cricket Azima) Culinary Improvisation, and (with Jeff Miller) Food Studies: An Introduction to Research Methods. A graduate of the Culinary Institute of America (AOS, Culinary Arts), Drexel University (BS, Hospitality Management) and New York University (Ph.D., Food Studies and Food Management), he has worked as a chef in a variety of settings including institutions, restaurants and product development, both in the US and abroad. When not in the kitchen, Jonathan can be found playing tuba in community bands around New York City.

Steve Zagor has over 25 years of experience in various aspects of the hospitality industry and has extensive financial experience in the planning, development and management of a wide variety of leisure time industry projects with particular emphasis on restaurants and retail food businesses. Steve’s background is diversified including: owner of a multi-concept restaurant/retail/club group; the General Manager of a $10 million NYC restaurant; and owner and managing partner of an award winning limited service restaurant and retail marketplace. He has a Masters Degree from the Cornell School of Hotel Administration and was the Manager of Hospitality Consulting for ten years for Laventhol & Horwath and later for Coopers and Lybrand.

Currently, he is The Director of Management Programs at The Institute of Culinary Education, and a Clinical Assistant Professor in the Department of Food Studies at New York University. He has been quoted in major publications such as Forbes, The New York Times, Crain’s New York Business and The New York Post. Mr. Zagor also appeared as an expert on The Food Network’s Recipes For Success.

Whether writing, speaking, consulting for the food industry or conducting a media interview, Rachel comes to the table with the same philosophy: good nutrition and delicious eating must co-exist for healthy habits to be sustainable. This philosophy is the driving force behind her work with health organizations, food manufacturers and foodservice providers to assist them in developing, implementing and communicating their nutrition and culinary education platforms, products and services. As The Gluten Free RD, a particular area of expertise for Rachel is working alongside chefs and foodservice providers to serve safe and healthful gluten free options for consumers.

As a national media spokesperson for the Academy of Nutrition and Dietetics, Rachel regularly conducts interviews with the media. She has contributed her knowledge to many outlets, including USA Today, CNN, Consumer Reports, Eating Well, Fitness, Us Weekly, Woman’s Day, Better Homes and Gardens, WebMD.com, Today Health/MSNBC, Shape.com and Doctor Radio Sirius Satellite.

Rachel graduated Phi Beta Kappa from Emory University in Atlanta, GA with a B.A. in biology and a concentration in pre-medical studies. She earned her M.S. degree in nutrition education from Teachers College, Columbia University and completed her internship for registered dietitian certification there as well.

As Managing Partner, Susan Hosmer oversees branding, public relations and marketing for Bullfrog & Baum’s hospitality division where she brings creativity, organization and passion to all client programs. After four years in advertising working with clients such as Microsoft and Coca-Cola, Susan chose to follow her true dream and pursue a career in the ever-evolving world of food. A graduate of The Institute of Culinary Education, Susan worked alongside one of the industry’s top consultants, Clark Wolf, and the world’s great chefs, Jean-Georges Vongerichten. She received her Masters of Arts in Food Studies from New York University where she co-wrote, directed and produced a documentary film exploring women chefs featuring interviews with industry ground-breakers such as Sara Moulton, Patricia Yeo, Ruth Reichl, and Lidia Bastianich. In 2004, Hosmer opened the Los Angeles office of Bullfrog & Baum and helped build a west coast roster of notable clients including Wolfgang Puck, David Myers Group (Sona, Boule, comme Ca); SLS Hotel at Beverly Hills (The Bazaar by Jose Andres); and Four Seasons Hotel Los Angeles at Beverly Hills (Culina). Susan’s diverse experience and love for gastronomy brings a unique perspective to her work at Bullfrog & Baum.

Alison Tozzi Liu is the Vice President of Marketing, Communications, and Content at the James Beard Foundation. She holds a master’s degree in food studies from New York University and a culinary arts degree from the Institute of Culinary Education in New York City. She has extensive experience cooking in restaurants, food styling, and editorial work. Alison has developed and tested recipes for several cookbooks including a series of South Beach Diet cookbooks and the children’s cookbookEverybody Eats Lunch. Her writing on food has appeared in the Oxford Encyclopedia of American Food and Kiwi magazine.

Christine Carroll founded CulinaryCorps® in 2006 with the aim of creating a world-class service organization for culinary professionals.
Christine conceived of CulinaryCorps following a Share Our Strength conference in New Orleans, Louisiana, which she attended as a Henckels Cutting Edge scholarship recipient. In New Orleans, she experienced first-hand one of America’s few indigenous cuisines, and she worked alongside those fighting to preserve it during the post-Katrina rebuilding.

Shortly after her return home to New York City, Christine launched CulinaryCorps to enable culinary students and professionals to volunteer their skills for the benefit of communities in need.

Prior to CulinaryCorps, Christine worked as an Americorps VISTA volunteer in Alaska, a researcher at the Harvard School of Public Health, a cook in Europe, and a baker in New England. She has a degree in neuroscience from the College of William and Mary and a Grand Diploma in Culinary Arts from the French Culinary Institute. She recently left the post of Culinary Center Director at Whole Foods Market Bowery (helping urban home cooks rediscover their kitchens through a variety of cooking classes) and is currently writing a cookbook about restaurant staff meals with co-author Jody Eddy due out in Fall 2012 by Running Press.

With a degree in elementary education, a passion for cooking, and three children of her own, Barbara Beery is the quintessential kids’ cooking instructor and entrepreneur. Frustrated with the “pre-cooked” classes available to kids, Barbara founded Batter Up Kids Culinary Center, with the goal of offering interactive classes that focused on healthier food options. Sixteen years later, Batter Up Kids is a growing franchise, and Barbara is a published author and experienced spokesperson (most recently with Sun-Maid), looking to stir up more opportunity in the kitchen.

Sara is the founder and CEO of Cocomama Foods, an all-natural and gluten-free food brand based on ancient grains.
Sara’s insight into food trends combined with the ability to negotiate a contract began at a mere six years old when she canvassed her hometown selling Girl Scout Cookies. Realizing her gift for gab, she attended the University of Scranton and earned her degree in Communications. Upon graduation she entered the world of natural & organic products. It only took some hazelnut milk, raw kombucha and local bacon for Sara to become hooked on the business.

Ironically, eight years later she was diagnosed with food allergies. After recognizing that there was a huge lack of nutritious options (and don’t even get her started on taste), Sara decided gluten- and allergy-free consumers like her deserved more than puffed rice and corn flakes. Thus, Cocomama was born.
When not reading recipe books or watching the Food Network, Sara is convincing someone else to cook for her. 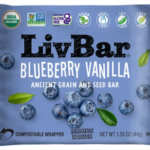 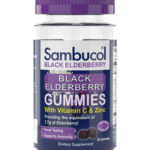